LoRaWAN technology is used to transfer data from the Leaks Detector L2-LR to the ThingsBoard platform. This is the wireless communication technology that allows small amounts of data to be exchanged over a long distance. First of all, you need to configure the LoRaWAN server and make sure that data from the device goes to the server. This guide uses ChirpStack open-source LoRaWAN Network Server. After finishing the server configuration on the Applications page, an entry with the device type should appear in the table.

For example, we connected a device with the serial number 13123. With the correct configuration of the LoRaWAN server, we should see the data flow from the device on the “DEVICE DATA” page. The frequency of data transmission from the device depends on the Leaks Detector settings. 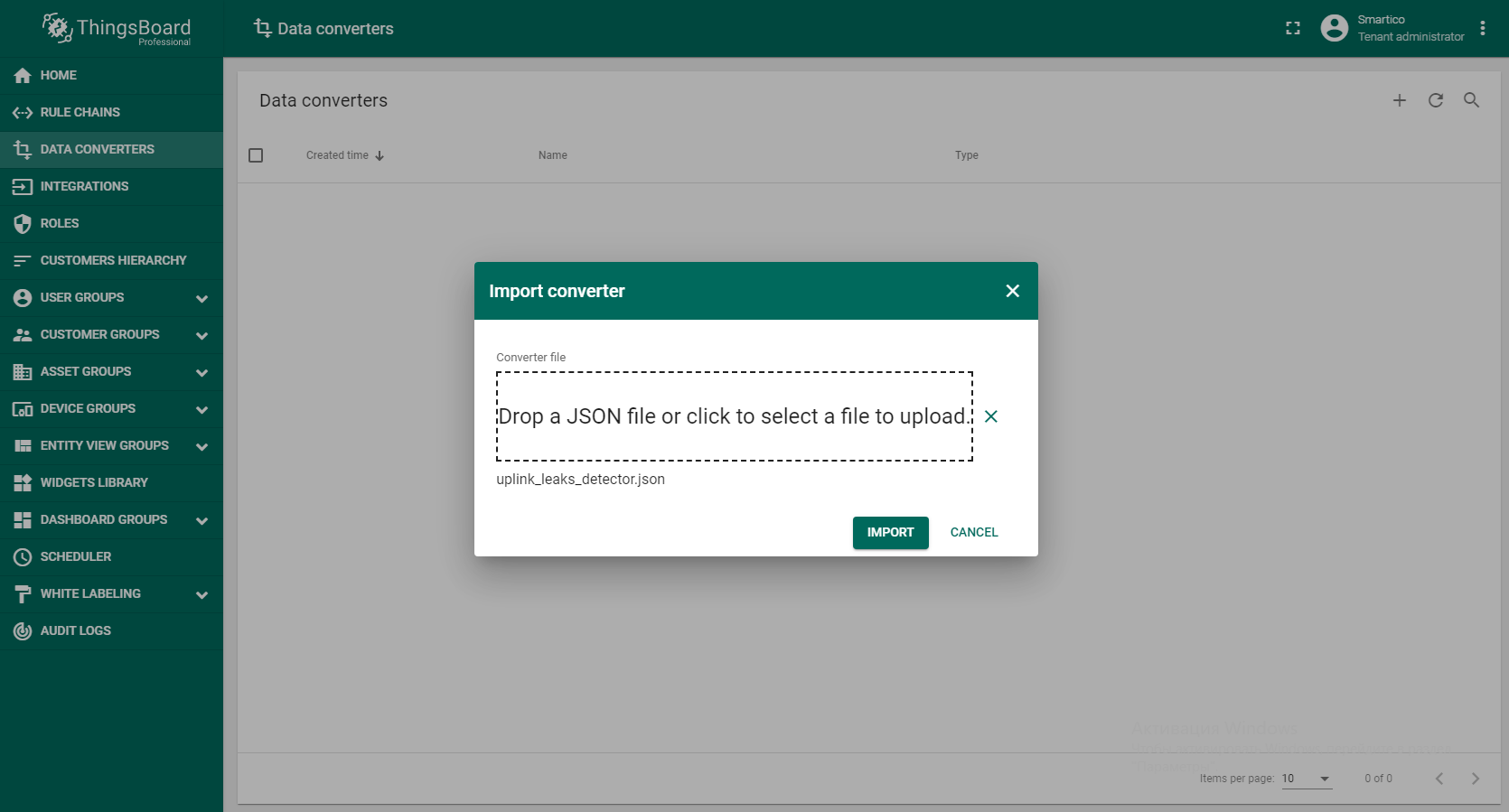 To integrate Leaks Detector LoRaWAN “Smartico L2-LR” into ThingsBoard platform you should create a new integration as shown on the figure.

Also below you should add the topic filter according to LoRaWAN server configuration (in this example application/7/device/+/rx). In the Host and Port fields, enter the ip-address where the MQTT broker is installed and port for working with it.

Connect Leaks Detector L2-LR to transfer information. If the integration was performed without errors, after the transmission of the first telemetry, a new device with the name “13123” will appear in the DEVICE GROUPS → All. Also you can verify the input and output data, respectively, before and after conversion in DATA CONVERTERS → Uplink Leaks Detector → EVENTS. 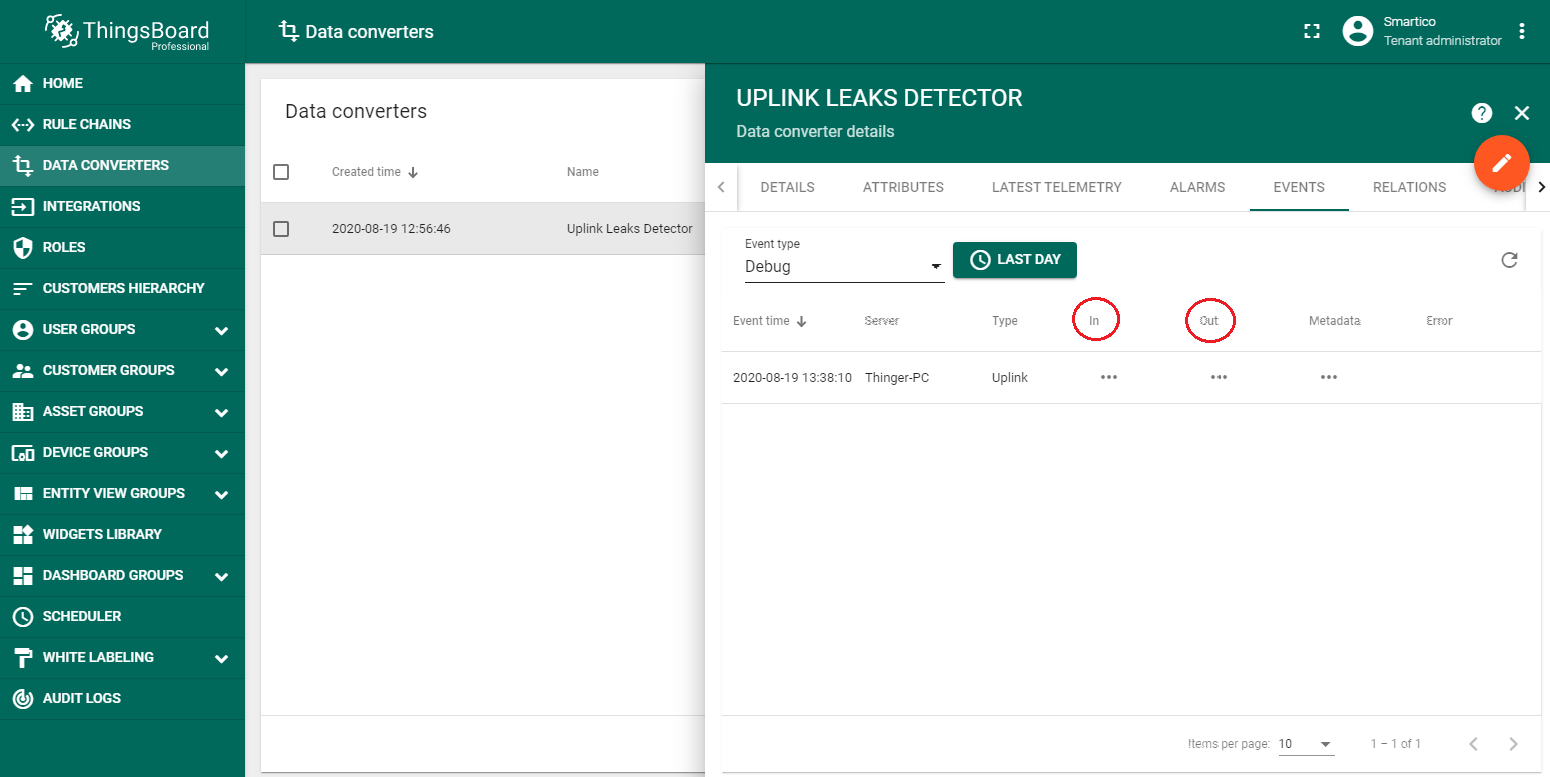 The input and output data are for example purposes only and not related to the dashboard shown at the beginning of the guide. Before turning on the device, you can verify the functionality of programming code from uplink_leaks_detector.json file. For this purpose, open the Test decoder function for Uplink Leaks Detector in the DATA CONVERTERS and copy the input data from this guide into Payload content field. Press TEST button then in Output field should appear decoding output data as shown on the figure (the REAL_TIME field displays the current date and time).

To be able to display data in the dashboard, you should first create an asset and add device 13123 in the RELATIONS, as shown in the figures. 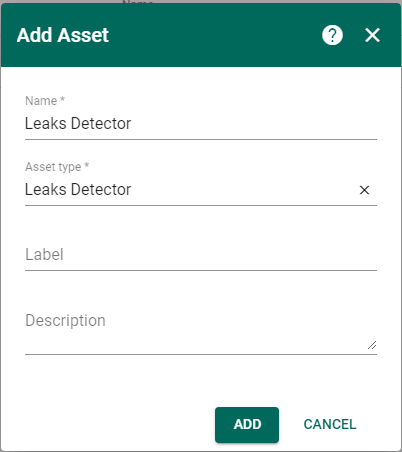 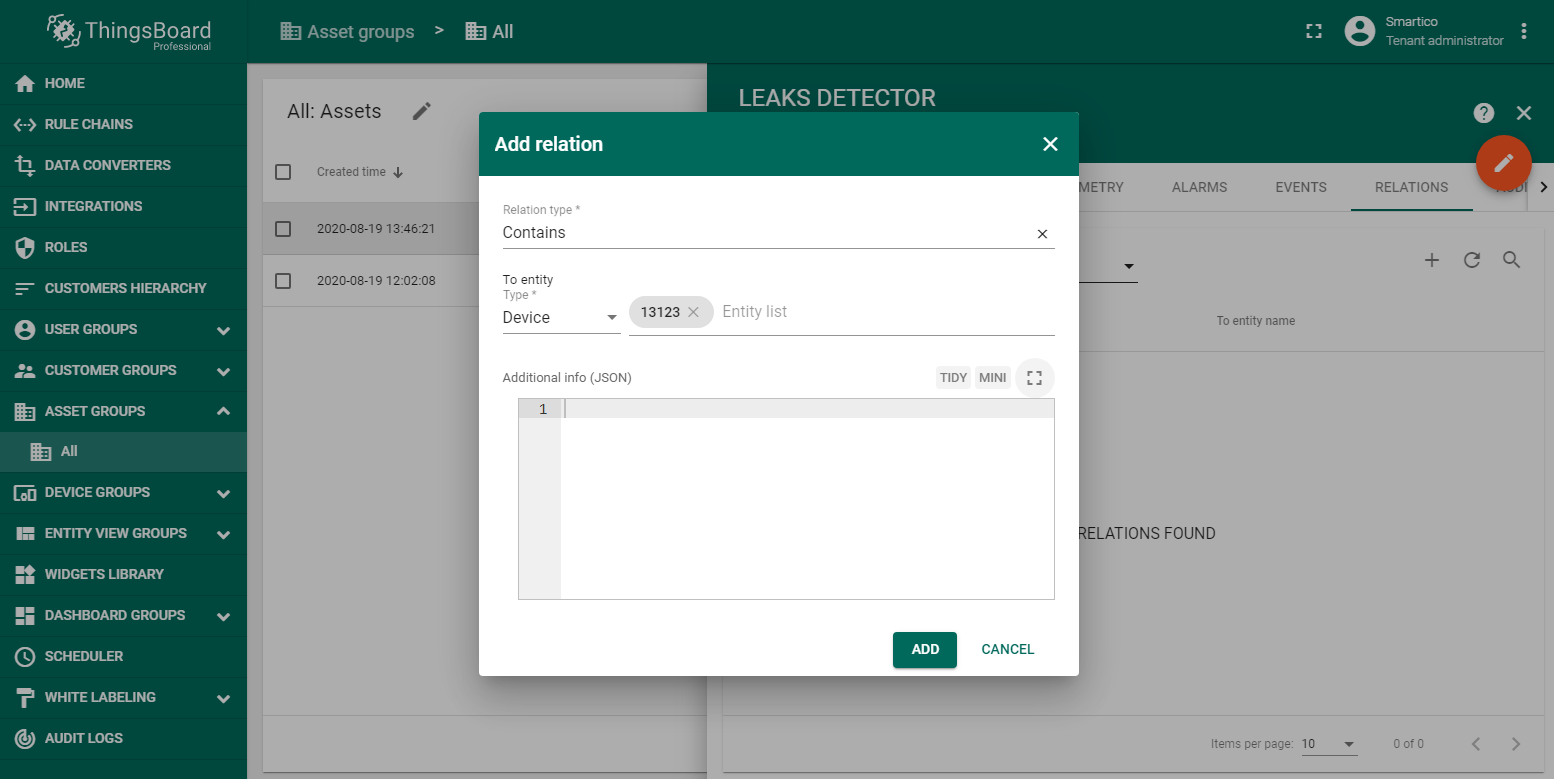 In addition to meter readings, it is possible to monitor the status of the device. For example, you can get information about a low battery, opening the device case, exposure to a magnetic field, and others. This information is displayed in the Alarm widget. Therefore, you should set up Rule chain first. Import alarms_leaks_detector.json file with alarms and save the configuration of the Rule chain in ThingsBoard.

To display data to users, you need to create a dashboard that can be imported from dashboard_leaks_detector.json file. 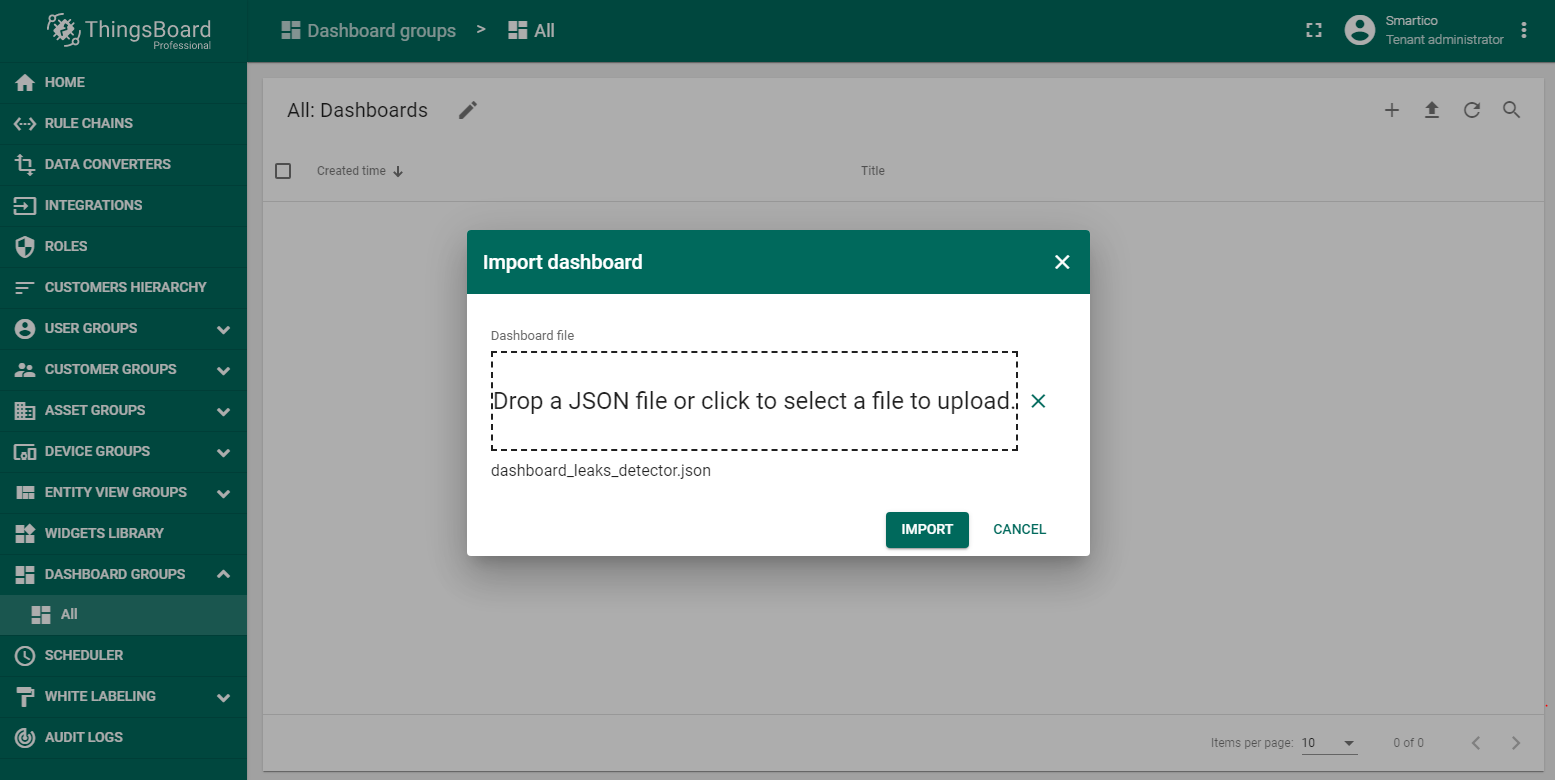 If everything was done correctly, in DASHBOARD GROUPS → All you will see the new dashboard Leaks Detector LoRaWAN Smartico “L2-LR” that was provided at the beginning of the guide.